Right off the bat, And The Winner Is… is probably my least favourite episode this series. It had a lot of the components I would ordinarily enjoy, but I’ll try to explain to you why this one didn’t work for me. I suppose it’s largely because I guessed the twist considerably early on in the episode, which I don’t think has ever happened before. I’m not someone who particularly takes pleasure in figuring out the plot twist before it happens, because I genuinely like being surprised. That’s not to say it was bad, not at all; Inside No. 9 never is. But I could see the wheels turning throughout and therefore I picked up what was happening well before the big reveal. Maybe it was just a bit less subtle than usual. 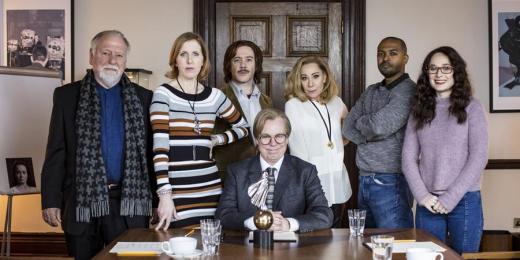 To Have and To Hold was always going to be a hard act to follow – the twist was upsetting and brutal, and it culminated in an even more unsettling resolution. And The Winner Is… is a much “quieter” episode. The humour comes from the recognisable, familiar archetypes in the room and the searing satire of the film industry. It’s still good fun and it’s full of fantastic actors (I was especially pumped to see Noel Clarke – Mickey from Doctor Who if you’re my age – and Zoë Wanamaker), but it’s a very different kind of episode. Maybe I wouldn’t have noticed had it fallen in the middle of the series – say, just after Zanzibar and Bernie Clifton‘s Dressing Room – and preceded Once Removed and To Have and To Hold.

Finally: another episode, another wig. How would I describe Reece’s wig in And The Winner Is…? Suspicious, in a word. Again, I didn’t dislike it, but it was a… choice. 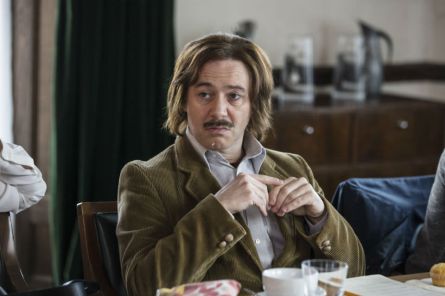 It’s the last episode next week! I’m really excited to see what it will be, but I’m gutted that this series is nearly over. Reece published a distressing tweet that had us all panicking that this might be the end for good, so I’m hopeful that Series 5 will be with us at some point.

Episode 6, Tempting Fate, will be broadcast at 10pm on Tuesday 6th February, BBC2.